Château les Arromans was founded in 1965 by Jean & Sylvette Duffau, who were among the first in the region to bottle and sell their own wine, which they sold exclusively to private individuals, who became loyal clients thanks to the quality and reputation of the wines produced at the estate in the Seventies.

When they retired their son Joël took over.

From his studies and work placements in France and abroad (Burgundy, Beaujolais, Rioja, California…) he retained his natural curiosity and a taste for discovering all things new which enable him, vintage after vintage, to evolve in his winegrowing and winemaking techniques.

This, in turn, allows him to produce ever more expressive wines.

In 2011, in their ongoing endeavour to improve their wines, they started proceedings to have the estate certified as organic. 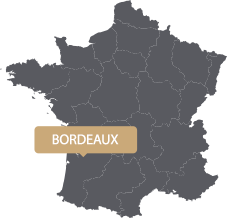